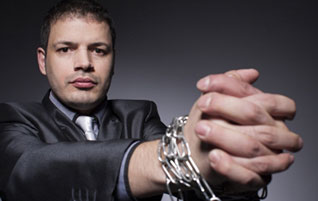 God wants to bless you. But, you can curse yourself.

Don’t leave a negative legacy with the Lord like the prophet Balaam. He had the ability to hear from God, but he used this gift for personal gain. Every time Balaam’s name is mentioned in the Bible it is undesirable. In Revelation 2:14, Jesus warns the church of Pergamos to not follow the way of Balaam or else He would come suddenly and fight against them. We definitely don’t want Jesus, the Lord of Hosts, to fight against us. So, it’s important to understand Balaam’s error, less we fall into the same trap.

Well, who is Balaam and what in the world did he do? (Numbers 22-25) Balaam, the son of Beor, was a prophet. King Balak (king of the Moabites—Lot’s descendants) was afraid when he saw the children of Israel (Abraham’s descendants) coming out of Egypt. They were numerous and had already defeated the Amorites. King Balak wanted to hire the prophet Balaam to curse Israel because he knew it would be impossible to defeat them without God’s help.

King Balak came to Balaam with a significant offering in hopes the prophet would curse Israel. Balaam prayed. God told Balaam not to curse Israel because he had already blessed them. When King Balak received God’s response, he didn’t like the answer and offered more money. The prophet replied that he couldn’t accept the money, but would pray again to see if God would say anything else.

God, angered at Balaam’s eagerness for the money, sends the angel of the Lord (Jesus) to destroy him. Balaam was on his way to make that money when the donkey he was riding refused to go forward–it saw the Lord standing in the way! The donkey bows down, but Balaam beats the donkey for stopping. Finally, the Lord caused the donkey to speak to Balaam and his eyes were opened.

“Why did you beat your donkey those three times?” the Angel demanded. “I have come to stop you because you are headed for destruction. Three times the donkey saw me and shied away from me; otherwise I would certainly have killed you by now and spared her.”  Then Balaam confessed, “I have sinned. I didn’t realize you were there. I will go back home if you don’t want me to go on.” But the Angel told him, “Go with the men, but say only what I tell you to say.”

The angel of the Lord spared Balaam’s life, but warned him to only speak as instructed. Balaam goes with King Balak and prays again. Once more, God says He will not curse Israel. Furthermore, He will not remove his blessing because he sees no sin in Israel. This frustrates King Balak. Then, the Spirit of the Lord falls upon Balaam and he speaks another blessing over Israel. Now Balak is furious. He offered a lot of money to Prophet Balaam and instead of cursing Israel, he blesses them three times!

Sly Balaam still wants the money, so he gives King Balak and his allies, the Midianites, some advice. Balaam knew God wouldn’t curse Israel, but Israel could put a curse on themselves. How? By committing sexual sin (fornication) and worshiping idols.

“While Israel was camped at Acacia, some of the young men began going to wild parties with the local Moabite girls. These girls also invited them to attend the sacrifices to their gods, and soon the men were not only attending the feasts, but also bowing down and worshiping the idols. Before long all Israel was joining freely in the worship of Baal, the god of Moab; and the anger of the Lord was hot against his people.”

As a result of their sin, God sent a plague among the Israelites that killed 24,000 people. The plague was only stopped when Phinehas, a priest, destroyed one of the couples (a high-ranking Israelite called Zimri and his girlfriend Cozbi, a Midianite princess).

“Why have you let all the women live?” he demanded. “These are the very ones who followed Balaam’s advice and caused the people of Israel to worship idols on Mount Peor, and they are the cause of the plague that destroyed us. Now kill all the boys and all the women who have had sexual intercourse.”

God sent a clear message that he would not tolerate sexual sin and idolatry among his people. Balaam, who disobeyed God, was also destroyed, along with all the Midianite kings he advised.

“And they warred against the Midianites, as the Lord commanded Moses; and they slew all the males. And they slew the kings of Midian, beside the rest of them that were slain; namely, Evi, and Rekem, and Zur, and Hur, and Reba, five kings of Midian: Balaam also the son of Beor they slew with the sword.”

God has not changed his mind about sexual sin.

“Write this letter to the leader of the church…You tolerate some among you who do as Balaam did when he taught Balak how to ruin the people of Israel by involving them in sexual sin and encouraging them to go to idol feasts.  Yes, you have some of these very same followers of Balaam among you! “Change your mind and attitude, or else I will come to you suddenly and fight against them with the sword of my mouth.

God is against any teaching that says sexual sin is acceptable.

“But false teachers are fools—no better than animals. They do whatever they feel like; born only to be caught and killed, they laugh at the terrifying powers of the underworld which they know so little about; and they will be destroyed along with all the demons and powers of hell. That is the pay these teachers will have for their sin. For they live in evil pleasures day after day. They are a disgrace and a stain among you, deceiving you by living in foul sin on the side while they join your love feasts as though they were honest men. No woman can escape their sinful stare, and of adultery they never have enough. They make a game of luring unstable women. They train themselves to be greedy; and are doomed and cursed. They have gone off the road and become lost like Balaam, the son of Beor, who fell in love with the money he could make by doing wrong; but Balaam was stopped from his mad course when his donkey spoke to him with a human voice, scolding and rebuking him.”

God wants to bless us. That’s why he sent Jesus to die on the cross for our sins (including sexual sin!). But, we have to do our part. Ask for forgiveness and repent (change). We can change through the power of God’s Holy Spirit who comes to dwell within us when we accept Jesus as Lord and Savior (Ephesians 1:13-14 & Ephesians 1:19-20).

“But remember this—the wrong desires that come into your life aren’t anything new and different. Many others have faced exactly the same problems before you. And no temptation is irresistible. You can trust God to keep the temptation from becoming so strong that you can’t stand up against it, for he has promised this and will do what he says. He will show you how to escape temptation’s power so that you can bear up patiently against it.”

Image courtesy of patrisyu at freedigitalphotos.net