Home All Articles Archive Face 14 Facts about Anger and Gain Control Over Your Temper.

Face 14 Facts about Anger and Gain Control Over Your Temper. 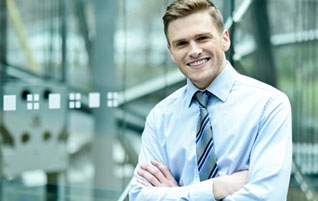 When you embrace anger, you welcome deception. Anger may feel good because you feel justified in venting your frustration. But, anger is not an effective tool—you use it to hurt someone, to make them feel your pain. The deception is: Anger just makes the situation worse. The person you really end up hurting is yourself.

“If you are angry, don’t sin by nursing your grudge. Don’t let the sun go down with you still angry—get over it quickly; for when you are angry, you give a mighty foothold to the devil.”

Face 14 facts about anger and gain control over your temper.

“Why are you angry?” the Lord asked him. “Why is your face so dark with rage? It can be bright with joy if you will do what you should! But if you refuse to obey, watch out. Sin is waiting to attack you, longing to destroy you. But you can conquer it!”

Cain did not take God’s counsel. Instead, he embraced his anger and killed his brother. As a result, God banished Cain from his land and marked him for his own protection. Everyone knew what Cain did and wanted to kill him. As Cain wandered from place to place, perhaps he thought, “Life would have been easier, if I had just been obedient with my offering.” Now, Cain’s name is synonymous with “murder”. Revenge created a bigger problem and left a negative legacy.

“So from that time on King Saul kept a jealous watch on David. The very next day, in fact, a tormenting spirit from God overwhelmed Saul, and he began to rave like a madman. David began to soothe him by playing the harp, as he did whenever this happened. But Saul, who was fiddling with his spear, suddenly hurled it at David, intending to pin him to the wall. But David jumped aside and escaped. This happened another time, too, for Saul was afraid of him and jealous because the Lord had left him and was now with David.”

“Rest in the Lord, and wait patiently for him: fret not thyself because of him who prospereth in his way, because of the man who bringeth wicked devices to pass.

Cease from anger, and forsake wrath: fret not thyself in any wise to do evil. For evildoers shall be cut off: but those that wait upon the Lord, they shall inherit the earth.”

Image courtesy of stockimages at FreeDigitalPhotos.net