Home All Articles Archive Develop an Attitude that Pleases God—Humble Yourself.

Develop an Attitude that Pleases God—Humble Yourself. 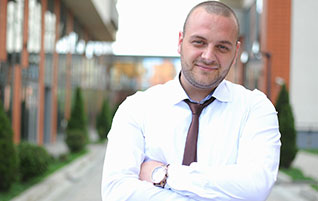 Ever worked with someone who has never failed? Not fun. They say things like: “Why is this taking you so long? This is easy.”  Or, “I would never do that!” and “He should have known better.” Maybe those responses are true: “It” could be easy. No, they have never done “that”. And yes, “that” was obviously wrong. However, these proud remarks don’t represent an attitude that pleases God—humility.

Humility is one of the greatest character traits in God’s eyes. Unfortunately, one of the best ways to learn humility is through failure. When all we experience is success after success, it’s easy to believe we’re better than others—that is the origin of pride, the first of the sins God hates the most.

Proverbs 6:16-19, New Life Version – 16 There are six things which the Lord hates, yes, seven that are hated by Him: 17 A proud look, a lying tongue, and hands that kill those who are without guilt, 18 a heart that makes sinful plans, feet that run fast to sin, 19 a person who tells lies about someone else, and one who starts fights among brothers.

Every one fails at something sometimes. We can mistakenly think failure should be avoided at all costs. Not so. Failure is an opportunity to develop a deeper understanding and greater compassion. God will recreate that “failing” scenario, until we pass with flying colors. Then we can “tutor” others with a humble attitude.

God is attracted to the humble. He will help and promote humble people.

1 Peter 5:6, Living Bible – 6 If you will humble yourselves under the mighty hand of God, in his good time he will lift you up.

God will help anyone who does these three steps–admit, apologize, and change. That is His simple process for saving our souls from Hell (and hell on earth!).

1 John 1:9, New King James Version – 9 If we confess our sins, He is faithful and just to forgive us our sins and to cleanse us from all unrighteousness.

Anyone can do that, right? Not necessarily. The proud person refuses to “see” any of their flaws. So if she doesn’t have any flaws, there is no need to say “I am sorry”. And if she didn’t do anything wrong, then naturally there is no need to change…see where this is heading.

Eventually God schedules a “wake-up” call for the person who refuses to repent. King Nebuchadnezzar learned humility the hard way. God allowed him to become the most powerful ruler of his time, yet he did not give God the credit. King Nebuchadnezzar falsely believed he was responsible for his overwhelming success. He refused to humble himself even after God warned him through a dream to repent.

Daniel 4:29-32, Living Bible – 29 Twelve months after this dream, he was strolling on the roof of the royal palace in Babylon, 30 and saying, “I, by my own mighty power, have built this beautiful city as my royal residence and as the capital of my empire.” 31 While he was still speaking these words, a voice called down from heaven, “O King Nebuchadnezzar, this message is for you: You are no longer ruler of this kingdom. 32 You will be forced out of the palace to live with the animals in the fields and to eat grass like the cows for seven years, until you finally realize that God parcels out the kingdoms of men and gives them to anyone he chooses.”

But God is gracious. He is willing to forgive and restore anyone who humbles himself—even the proud. After a seven-year lesson in humility, King Nebuchadnezzar regained his kingdom because he acknowledged God as the ultimate authority.

Daniel 4:36-37, Living Bible – 36 When my mind returned to me, so did my honor and glory and kingdom. My counselors and officers came back to me, and I was reestablished as head of my kingdom, with even greater honor than before. 37 “Now, I, Nebuchadnezzar, praise and glorify and honor the King of Heaven, the Judge of all, whose every act is right and good; for he is able to take those who walk proudly and push them into the dust!”

Are you experiencing a challenging situation or failure? Take heart. If we humble ourselves, God will help, restore and promote us in His good time.