Home All Articles Archive Be Ready for Battle.

Be Ready for Battle. 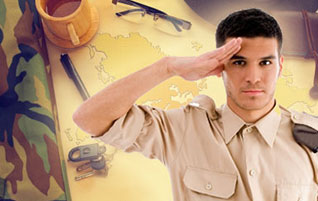 Attacks from the enemy are usually unexpected. We must be ready for spiritual battle at all times.

Bill* is an officer in the military. During a holiday visit, he shared a story about a firefight in the first wave of the Iraqi Freedom War and two soldiers who were not equipped for battle. It’s a strong lesson we can all learn from about being prepared.

Bill’s company was not an infantry unit. However, all soldiers, regardless of their assignment, must be ready for combat at all times. One afternoon, he received an order from high headquarters to ward off a group of local insurgents trying to loot a bunker containing weapons such as rockets, firearms, and ammunition. The task required at least twelve fighters.

But, there was a problem. Only three men were available and two of them were unprepared.

Soldiers can’t refuse an order and there was no time to go back for ammunition or get the proper weapons. They had to fight with what they already had.

Fortunately, some other soldiers nearby were sent to assist. A doctor who was also an expert shot and four other fighters (country boys used to hunting) joined them. Together they rigged up a Humvee with weapons and completed their mission.

We can learn a lesson as Christians from this war story.

The soldier who carried the light weapon are like Christians who refuse to do God’s work. They want someone else to carry the heavy load. But, they fail to realize that carrying the heavy load prepares them for battle.

The soldier who had a weapon but no ammunition are like people who say they are Christians but possess no power. They neglect praying, reading the Bible, exercising godly character or learning to hear from God. When crisis comes, they are useless and often become a liability. Instead of helping others, they need someone to pray, counsel and encourage them.

Attacks from the enemy–sickness, financial difficulty, relationship problems, workplace woes, and tragedy–are usually unexpected. We must be ready for spiritual battle at all times.

“Put on all of God’s armor so that you will be able to stand safe against all strategies and tricks of Satan. For we are not fighting against people made of flesh and blood, but against persons without bodies—the evil rulers of the unseen world, those mighty satanic beings and great evil princes of darkness who rule this world; and against huge numbers of wicked spirits in the spirit world. So use every piece of God’s armor to resist the enemy whenever he attacks, and when it is all over, you will still be standing up. But to do this, you will need the strong belt of truth and the breastplate of God’s approval. Wear shoes that are able to speed you on as you preach the Good News of peace with God. In every battle you will need faith as your shield to stop the fiery arrows aimed at you by Satan. And you will need the helmet of salvation and the sword of the Spirit—which is the Word of God. Pray all the time. Ask God for anything in line with the Holy Spirit’s wishes. Plead with him, reminding him of your needs, and keep praying earnestly for all Christians everywhere.”

Photo courtesy of taoty and imagerymajestic at FreeDigitalPhotos.net