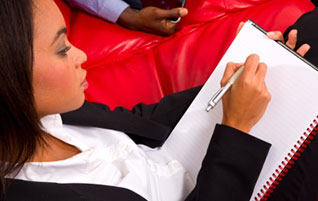 How can you defend yourself against workplace critics? Use Jesus’ strategy…

Everyone gets tired. Even Jesus became weary at times. What! Yes, even Jesus the Son of God, experienced fatigue. We can all relate. We may love the actual job, but not enjoy all the people we have to deal with to get the job done.

Jesus experienced this too. It wasn’t teaching the multitudes that came to hear him speak or performing miracles that made him weary, it was his critics. The Pharisees were critical of Jesus because they were intimidated by his success. Even though thousands embraced him, his haters were relentless–the Pharisees continuously sought ways to discredit Jesus and even plotted to kill him (John 11:47-53) …

When the Lord knew that the Pharisees had heard about the greater crowds coming to him than to John to be baptized and to become his disciples—(though Jesus himself didn’t baptize them, but his disciples did)—he left Judea and returned to the province of Galilee.

The Pharisees in Judea believed they were experts in all points of the Law. How could an unknown teacher from Galilee of all places–it was in the boonies, far north of Jerusalem, the center of Jewish religion and culture—teach them anything?

In their opinion, Jesus showed contempt for the Law by healing people on the Sabbath (Luke 13:10-17), by talking to people they considered “unclean” (Matthew 9:9-13) and by not fasting as much as they thought he should just to name just a few of their laundry list of complaints (Mark 2:18-20). The Pharisees didn’t realize that Jesus perfectly fulfilled the Law and was the long-expected Messiah sent to deliver them from sin. Jesus experienced his toughest criticism from the very people he was sent to help. But he didn’t allow their disapproval to stop him from completing his work.

How did he respond to his critics? He didn’t. Jesus always responded to His Father. He just followed God’s instructions and experienced the results of obedience. At times, he answered their “trick” questions with so much wisdom they were confounded (Luke 20:19-26). On another occasion, he ignored their threats and simply walked away. Jesus also confronted his critics when necessary, calling them a “generation of vipers” and wrecking their money-making scheme in the temple (Mark 11:15-19).

How can you defend yourself against workplace critics? Use Jesus’ strategy:

Through it all, Jesus was energized from following God’s instructions, nothing else mattered–not the criticism of the Pharisees or even doubt from his own disciples.

Then Jesus explained: “My nourishment comes from doing the will of God who sent me, and from finishing his work.”

People who want to finish, follow God’s instructions, not ambition. You will be sustained as you do the will of God. God will give you fresh ideas, renewed energy, resources and support. But if you do your own will, you will have to work to sustain yourself. Unauthorized works (based on ambition) will be destroyed. (Matthew 7:22-23)

Finishing the work God has given you brings an eternal reward.

“I brought glory to you here on earth by completing the work you gave me to do. Now, Father, bring me into the glory we shared before the world began.”