Home All Articles Archive My Way or No Way? Six Strategies to Eliminate Rebellion in Yourself and Others.

My Way or No Way? Six Strategies to Eliminate Rebellion in Yourself and Others. 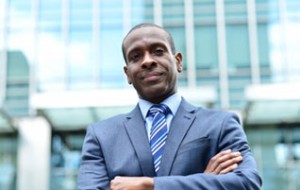 How do we eliminate rebellion? Address its two roots—pride and immaturity.

What makes us do the exact opposite of what we know is right?

It’s called rebellion—the need to have our own way, all the time. Unfortunately, we don’t grow out of rebellion. But, we can learn to submit to godly authority, follow guidelines we don’t agree with, and choose good over evil.  Without discipline, the teenager who refuses to do his chores becomes the young professional who says, “My new boss is an unqualified jerk and I’m not executing his stupid plan.”

God considers this rebellious, headstrong attitude a serious sin. Why? To us, rebellion may seem insignificant compared to violent, criminal acts like, murder, rape, and burglary. But in God’s eyes, rebellion is the initial willful decision to disobey. It is the self-determination to choose that which is evil.

“For rebellion is as the sin of witchcraft, and stubbornness is as iniquity and idolatry. Because thou hast rejected the word of the Lord, he hath also rejected thee from being king.”

God compares rebellion to witchcraft (the attempt to control and manipulate people for your own purposes) and stubbornness to iniquity (violating others) and idolatry (putting anything higher than God, including your feelings and desires). Rebellion cost King Saul his kingdom (1 Samuel 15:24-28). Because King Saul refused to obey God’s instructions, he appointed a new king to take his place—an unknown, but obedient shepherd boy called David.

Rebellion opens the door to more ungodly behavior. So, what does the fruit of rebellion look like?

“You may as well know this too, Timothy, that in the last days it is going to be very difficult to be a Christian. For people will love only themselves and their money; they will be proud and boastful, sneering at God, disobedient to their parents, ungrateful to them, and thoroughly bad. They will be hardheaded and never give in to others; they will be constant liars and troublemakers and will think nothing of immorality. They will be rough and cruel, and sneer at those who try to be good. They will betray their friends; they will be hotheaded, puffed up with pride, and prefer good times to worshiping God. They will go to church, yes, but they won’t really believe anything they hear. Don’t be taken in by people like that.”

How do we eliminate rebellion? We have to address its two roots—pride and immaturity. The actions might look the same but the motivation behind the behavior is different. 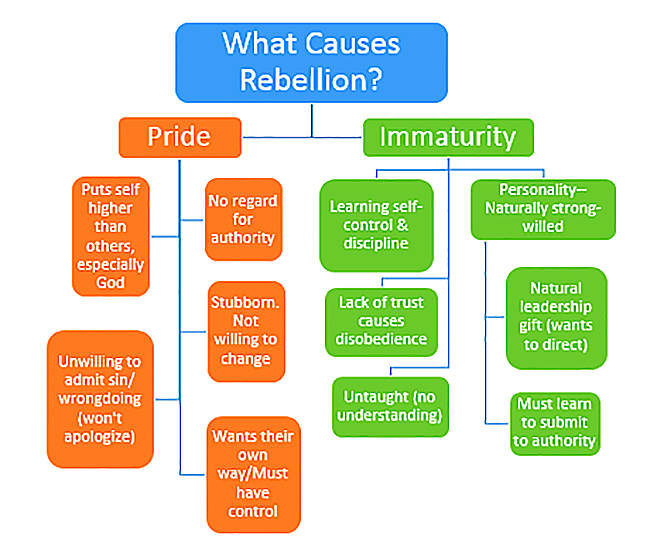 People who are rebellious due to immaturity (like children) usually respond to training and consequences, even though it may make them angry initially.

People who are rebellious due to pride do not respond to reasonable consequences. Punishment just makes them angrier and increases their rebellion. Instead of repenting, they revolt—they justify their behavior with lies and attempt to persuade others to join their side. Whether it’s an individual, organization or a nation, God deals with this type of pride through severe judgments.

A few biblical examples are:

But, we don’t have to be rebellious. We can choose our attitudes and behavior. The one person who can do whatever He wants is God. But, even God chooses to obey His Word. If God makes us a promise, he will not break it. If God who is all-powerful, all-knowing and everlasting can submit, then so can we.

Try these six strategies to eliminate rebellion in yourself and in those you are training: