Home All Articles Archive You Have a Settlement Coming…from the Lord!

You Have a Settlement Coming…from the Lord! 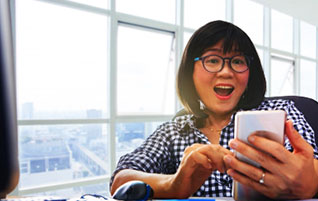 God is in the debt-cancelling business. He often pursues people so they can get their accounts settled. The funny thing is, people perceive God as a harsh debt-collector—so they avoid him! Nothing could be further from the truth. God is gracious and full of mercy. Jesus explained it this way…

“The Kingdom of Heaven can be compared to a king who decided to bring his accounts up to date. In the process, one of his debtors was brought in who owed him $10 million! $10 million, literally, “10,000 talents.” Approximately £3 million. He couldn’t pay, so the king ordered him sold for the debt, also his wife and children and everything he had. “But the man fell down before the king, his face in the dust, and said, ‘Oh, sir, be patient with me and I will pay it all.’ “Then the king was filled with pity for him and released him and forgave his debt.”

Why would The King (God) forgive that huge debt? God knows our debt is so ridiculously high that even if we worked all our lives, we could not pay it off. So God’s solution is just to be gracious and forgive the whole thing.

There was a famous king in the Bible who took advantage of God’s debt-cancellation plan. King David, rose to power by God’s hand. Even though he was a lowly shepherd and his father’s youngest child, God told the prophet Samuel to anoint him as Israel’s next king. David loved God and faithfully served him for many years until he had a lapse in judgement–he committed adultery. His mistress, Bathsheba (the wife of Uriah, one of King David’s loyal soldiers) became pregnant.

But, King David had the resources to cover his sin. He had Bathsheba’s husband killed in battle. Everything was fine, no one ever needed to know, right?

Then one day, the prophet Nathan arrives with a case that needed to be judged by the king:

“So the Lord sent the prophet Nathan to tell David this story: “There were two men in a certain city, one very rich, owning many flocks of sheep and herds of goats; and the other very poor, owning nothing but a little lamb he had managed to buy. It was his children’s pet, and he fed it from his own plate and let it drink from his own cup; he cuddled it in his arms like a baby daughter. Recently a guest arrived at the home of the rich man. But instead of killing a lamb from his own flocks for food for the traveler, he took the poor man’s lamb and roasted it and served it.” David was furious. “I swear by the living God,” he vowed, “any man who would do a thing like that should be put to death; he shall repay four lambs to the poor man for the one he stole and for having no pity.”

King David is furious at the greedy, rich man in the story and declares him guilty—worthy of death.

Then Nathan said to David, “You are that rich man! The Lord God of Israel says, ‘I made you king of Israel and saved you from the power of Saul. I gave you his palace and his wives and the kingdoms of Israel and Judah; and if that had not been enough, I would have given you much, much more. Why, then, have you despised the laws of God and done this horrible deed? For you have murdered Uriah and stolen his wife.

So how did David respond when he was caught in his lie? Did he deny? Did he justify? No. David took responsibility.

“I have sinned against the Lord,” David confessed to Nathan…”

What will the Lord do to David now? He is in big trouble, right? Guess again.

Nathan replied, “The Lord has taken away your sin; you will not die. But since you have shown total contempt for the Lord by this affair, the son that is born to you must die.”

What! How can the Lord forgive David of committing adultery? Simple. The Lord who is judging David is Jesus. Jesus knew that one day he would die for David’s sins, so he forgave David of his sin-debt in advance. Remember Jesus challenged the “knowledge” of the religious experts with this question: “How can David’s son be David’s Lord (Mark 12:35-37)?”

Jesus paid for David’s sins Himself. David responded with gratefulness, thanksgiving and a changed life. Later in the book of Psalms David reflects on his past and writes…

“What happiness for those whose guilt has been forgiven! What joys when sins are covered over! What relief for those who have confessed their sins and God has cleared their record. There was a time when I wouldn’t admit what a sinner I was. But my dishonesty made me miserable and filled my days with frustration. All day and all night your hand was heavy on me. My strength evaporated like water on a sunny day until I finally admitted all my sins to you and stopped trying to hide them. I said to myself, “I will confess them to the Lord.” And you forgave me! All my guilt is gone. Now I say that each believer should confess his sins to God when he is aware of them, while there is time to be forgiven. Judgment will not touch him if he does.”

Have you done something wrong? Something unforgivable. We all have. But, if we confess our sins, ask the Lord to forgive us and repent (change our ways), God will forgive us.

We are forgiven today, not because we are good, but because God is good.